Skip to main navigation
It's been a great run, but it will soon be time to say goodbye to an old friend. Over the last 8+ years, Drupal 7 has served our clients well. During that time we're thankful to have worked on 100+ Drupal 7 websites for some great organizations from non-profits, to telecoms. While we have been building all our projects on Drupal 8 for the last couple of years, Drupal 7 has continued to be a stable and effective business tool for many of our clients. In an announcement by Dries Buytaert at Drupal Europe (September 2018), Drupal 7 (and 8) will reach End of Life in November 2021 while Drupal 9 is scheduled to be released in 2020. In this post we hope to answer some of the questions you may have as Drupal 7 or 8 site owners / managers regarding the implications of this End of Life date.

Firstly - what does End-of-Life mean?

When your version of Drupal reaches end of life, it doesn’t mean that your website will stop working immediately. It does, however, mean that you will be running a version that is no longer supported. Practically speaking, it means that there will cease to be any security updates provided for Drupal 7 core by the Drupal security team. Without security updates your website and hosting infrastructure could be vulnerable to new exploits/hackers.

By far the best option is to upgrade your Drupal 7 site to the most current version of Drupal prior to the end-of-life date. At the time of writing, we are building all our new projects on Drupal 8 and that’s really the only option at this point. Fortunately we’ve gone through the upgrade process with a number of clients already and have some tools at our disposal to make the process as streamlined as possible.

Now you may be asking: Shouldn’t I just wait until Drupal 9 is released? I don’t want to have to upgrade again so soon after I upgrade to 8? The short answer is…..No.

Due to the modern architecture employed by Drupal 8, the upgrade path to Drupal 9 (and beyond) is vastly improved and will be a much smoother process. In Dries Buytaert's (Drupal's Founder) words, “Drupal 9 will be released in 2020, and it will be an easy upgrade.

If the cost of an upgrade from Drupal 7 to Drupal 8 or 9 is prohibitive for your organization, another option would be to leave your site on Drupal 7 and secure a commercial Long-Term Support agreement (while saving your shekels for an upgrade). There will be approved third-party commercial vendors offering LTS security support for Drupal 7 core (and the major contributed modules) just as there are now for Drupal 6 but there are no guarantees for how long Drupal 7 will be supported by LTS vendors. By going this route you would also be missing out on some of the great benefits of Drupal 8 which include:

If you’ve already invested in an upgrade or a fresh build on Drupal 8, then you’re in a great position! Because Drupal 9 is being built on the same architecture as Drupal 8, the upgrade path is straightforward. The most frequently used contributed modules will be usable in both Drupal 8 and 9 which is not how it worked with major version releases in the past where we were waiting months or sometimes years for modules to be ported over to the latest version of Drupal.

You will not be looking at a full rebuild of your site or waiting for contributed modules to be updated for compatibility with Drupal 9. Drupal 9 is really just Drupal 8 with updates for third-party dependencies and with deprecated code removed.

So if your site is already on Drupal 8, the best thing you can do to make your site easy to upgrade is to keep your Drupal 8 site up-to-date. That means staying on top of the minor version releases and security updates. That way when the time comes, an upgrade to Drupal 9 will be akin to a Drupal 8 minor version upgrade. This is great news!

How can Fuse help?

We’d love to hear from you in any of the following scenarios: 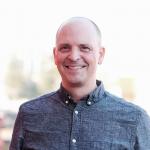 May 3, 2022 — Drupal
Building a Community for your organization with Open Social
May 4, 2021 — Drupal
Upgrade your training with Opigno LMS
October 2, 2019 — Drupal
Changing the Rules for Drupal 8